Tabora Municipality with an average elevation of about 1,200m above sea level is situated in Lake Tanganyika Basin nearly on the watershed dividing line of Lake Tanganyika and Internal Drainage Basin. Because of its location, the main rivers catchment area is small and as a result, the rivers are ephemeral. The main drainage basins of Tabora region are Malagarasi and Manonga, which drain into LakeTanganyika and Lake Kitangiri respectively.

Kazima dam was built in 1952 with a capacity of 1.62 million cubic meters was intended to serve the railway station water requirements. The dam has been out of operation since 2013/201. The existing treatment plant at Kazima is very old and the water quality from the treatment plant is very poor according to expert reports. The entire system including the dam and the treatment works is in a dilapidated stage due to high siltation, low inflows to the reservoir and high evaporation rate, and hence it is no longer an alternative source of water for the town.

The assessment on groundwater potential in Tabora town area shows that the weathered basement and quaternary sediment aquifer systems with proper site-specific study and investigation can be developed to meet the growing water demand of the rural communities. Drilling data indicates that use of groundwater for Tabora municipality cannot be feasible compared to the large volume of water required to feed the town against the low yielding groundwater condition in the area.

Igombe dam built in 1958 is the main source of the municipal water supply. The existing treatment works at Igombe had an original capacity of  15,000m3/day  but this was reduced to 10,500m3/day due to wear and tear as well as problems associated with low lift pumps, clarifier and automatic backwash of sand filter.

The main problems of this water source include high turbidity and colour of the water and high depletion rate during drought years.

Tapping water from Lake Victoria system has been assessed by consultants and is considered feasible to supply water to Tabora town.

The system in general has been  assessed for its capacity and is found to be sufficient to supply both the existing service areas and the new areas until 2025 with its current capacity of 80,000m3/day, and until 2035 after increasing its capacity to full design level of 120,000m3/day in 2025.

Tabora municipality has grown fast and its population has increased tremendously since the construction of Igombe dam in 1958 as a major water supply source.

The recent developed areas and areas planned for future development are outside the existing distribution network, making water distribution very difficult for the users. Some of the distribution pipelines have also surpassed their design life time and are in very poor condition, with high water leakage (above 40%) due to frequent break down. The capacity and location of the existing service reservoirs are not corresponding to the current water demand of the population in the town and therefore, there is a need to increase the pressure in the distribution network and to identify new sites for service reservoirs with properly delineated pressure zones.

Refuse disposal is the discharging or destroying of garbage, sewage, or other waste matter or its transformation into something useful or innocuous. The disposal of human excreta and household refuse are of prime importance in rendering the environment around household compounds safe from contamination. In Tabora municipality pit latrines are the most popular excreta disposal structures although flush toilets also do exist to some extent.  For household waste the use of refuse bins in towns to facilitate collection by a centralised system is often supplemented by refuse pits even in urban areas.  For rural areas it is the refuse pit that is popular where action is taken to collect and dispose household garbage, otherwise it is collected and disposed off by throwing it within or outside the household compound.

Tabora municipality produces 120 tons of solid waste per day. On average, each person produces ½ kg of solid waste per day. The solid waste is dumped in an empty ground near Tabora School in a very unhygienic manner. As a result the dump is a source of all kinds of vermin, and it is especially a health problem to scavengers who roam the dump on a day to day basis looking for saleable items and artefacts. The main problems facing the solid waste disposal system is lack of enough trucks to meet the daily demand, as the three trucks that the municipality has for this purpose are very old and often in disrepair.

Currently the Council has a capacity to collect only 47% of the total solid waste generated per day.

The biggest problem for  solid  waste management in Tabora is that, although the generators in households level removes waste from their immediate surroundings, a lot of it accumulates at transfer stations, on common grounds,  along natural drainage channels and along the  streets with little coordinated remedial action. In high density areas the problem is influenced by insufficient land to dig pits for solid waste, and no open spaces available for draining liquid wastes as a result wastes are being dumped along natural or artificial drains which erode civic morals, and have other aesthetically offensive outcome. All these cause pollution (smell, surface and ground water pollution for example), and health problems.

Out of hese only 2% of waste have access to the main sewer and about 98% of the total households are served by on site sanitation facilities such as septic tanks and pit latrines. Other liquid waste is handled by cesspit emptiers. The municipality has two such facilities, and it charges Ths. 40,000 per trip for individuals and 50,00 per trip for institutions and hotels.

1.1.1.7 The Impact of Environmental Hazards on Sanitation.

During heavy rains some parts in the municipality become flooded and as a result sanitary facilities such as pit latrines constructed in low lying areas become damaged and/or overflow leading to environmental pollution and contamination of water sources by human excreta. This has a negative impact because such a situation is a threat to the health of the residents. Water pollution is likely to aggravate out-break and subsequently spreading of diseases such as typhoid, cholera, diarrhoea and dysentery. Overflowing of pits during rainy season is common in several areas including  Chemchem, Tambukareli, Mbugani, Malolo, Kariakoo and Lwanzari.

Lack of secondary and primary sewer lines to accommodate more customers, the existing sewerage system needs to be expanded;

Lack of cesspit empties; and 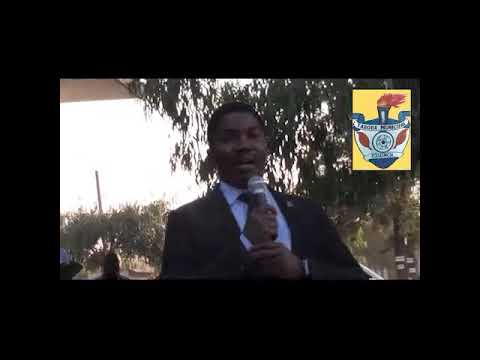 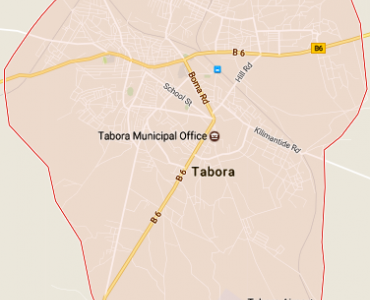